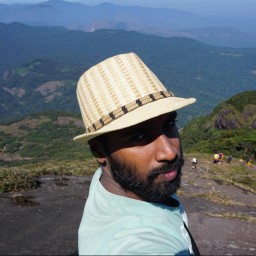 The Bear Attack Survival Guide for Hiking in Bear Country

Bear encounters are very rare. Bears are a very intelligent animal. Normally making some noises and hiking with a group of people can help you avoid a surprise encounter with bears. Usually, these huge animals are shy and elusive. The smell of the food and garbage attracts these bears near to human trails and campsites.

They can swim in water like an expert in search of food. The hearing capacity is double that of a human being. The strongest and powerful sense organ is their nose to sense smell. Trying to outrun a bear when encountered is a bad idea.

How fast a Bear can run? 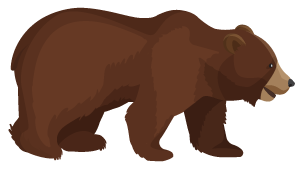 How to identify a Brown bear?

The color of the brown bear depends on the location it lives. It varies from light brown to dark brown and in some location, it is black in color.

Brown bears are strong and can gain high speed in a small distance run but slow down quickly due to their heavy body weight. Brown bear is considered as the worlds mostly distributed bear specious.

Brown bear cubs grow faster, within 6 months they gain more than 20 % of their body weight and continues to grow until 10 - 11 years old. Their toes are closer together and less curved. 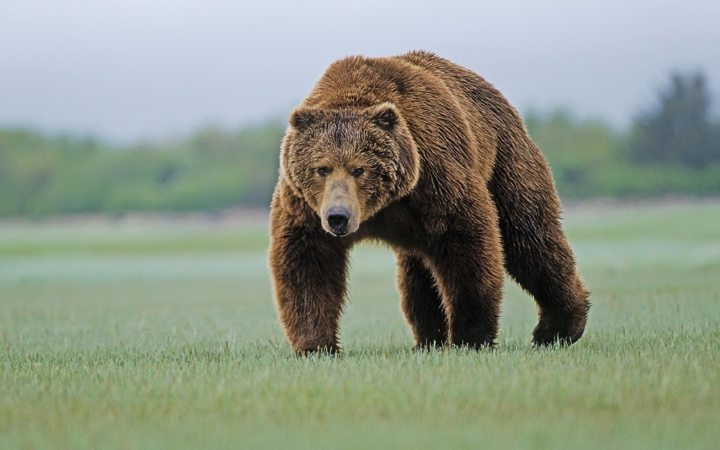 What does Brown Bear eat?

These bears are more aggressive when they are surprised or when they feel threatened.

Where do you find a Brown bear?

Mostly found in Europe and some parts of Asia. In some part of the world, they are called grizzly bears and in Mexico as Mexican grizzly bears.

What do you do when you see a brown bear?

How to survive a brown bear attack?

Playing dead may help you as they will stop attacking you if they feel that you are no longer a threat. When playing dead the bear may try to toss you, continue playing dead until you are sure that the bear is no longer near you.

If it charges towards you beyond 1-meter limit use your bear safety spray. 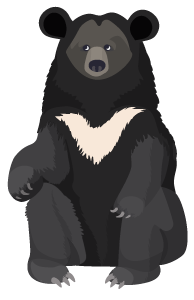 How to identify a black bear?

Black bears are not always black in color it varies from light brown to even grey-blue color. A subspecies of the black bear which is in British Columbia called spirit bear is white in color.

In Black bears, its rump is higher than its shoulder and have larger ears. Their toes are more separated and more curved than grizzly bears. Their face profile is straight.Black bears and their cubs can climb tree tops very easily for adventurous and get safety from other predators. 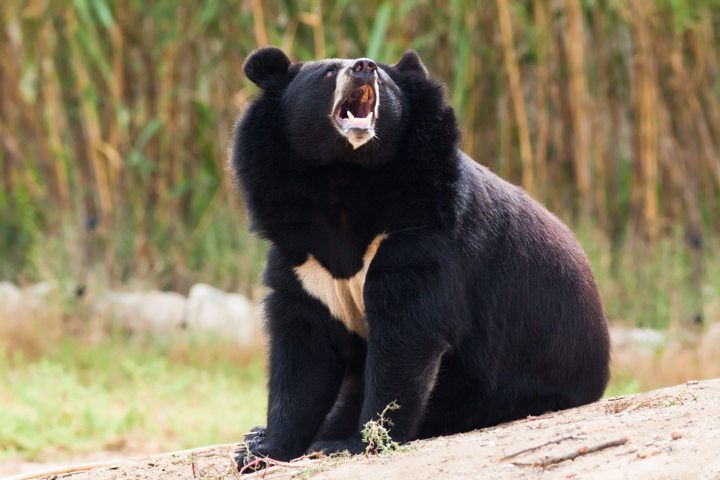 What do Black bears eat?

Black bear rarely attacks people to cause death or injuries. More than 70% of the Black bear attack was reported on a single person and while only a small percentage of attack has occurred to more than two people.

Black Bears are not territorial. They move out their common area to a large distance in search of food.

Black bears can see things in color. They don't have long distance eyesight but can identify a fruit when it ripe.

Where do you find a black bear?

What do you do when you see a black bear?

How to survive a black bear attack?

Always Keep your Black bear deterrents with you and keep it somewhere which is easily accessible.

Climbing a tree will not be a good idea because black bears are excellent climbers. Use your bear spray if it comes closer to you less than 1 meter. If it attacks you fight back with anything you get such as rock, tree branch, knife, etc

Try to hit hard on its face particularly in the eyes and nose area of the face. 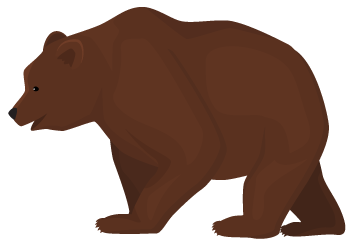 How to Identify a Grizzly Bear?

Grizzly bears have longer front claws than black bears of about 2 to 4 inches and their rump is lower than its shoulder. These bears have smaller ears than black bears. Their face is of a concave shape. They are the second largest bear after polar bear. 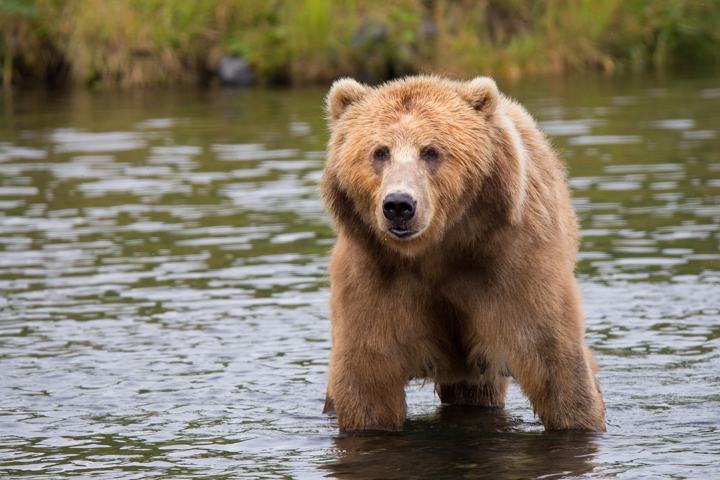 What does brown Grizzly eat?

Where do you find a Grizzly bear?

What do you do if you see a grizzly bear?

How to survive a Grizzly bear attack?

Wave your hands and don’t scream, speak in a low voice.

Use bear deterrents: If it charges towards you beyond 1-meter limit use your grizzly bear safety spray.

Playing dead may help you as they will stop attacking you if they feel that you are no longer a threat. When playing dead the bear may try to toss you, continue playing dead until you are sure that the bear is no longer near you. 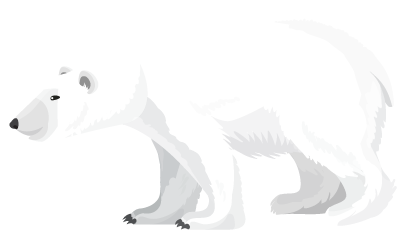 How to identify a Polar bear?

Polar bears share most of the same physical characteristics of brown and grizzly bears in terms of size and body form, but they are the biggest bear and land predator.

The Polar bears have a long neck and elongated head. Their ears are smaller than other bears. Polar bear fur is light in colors such as white, light brown, light yellow and light grey. Their nose and skin under the fur are black in color.

Polar bear front limbs have webbed paws, which is larger than other bears and is used for swimming. They are excellent swimmers and can swim for several days. 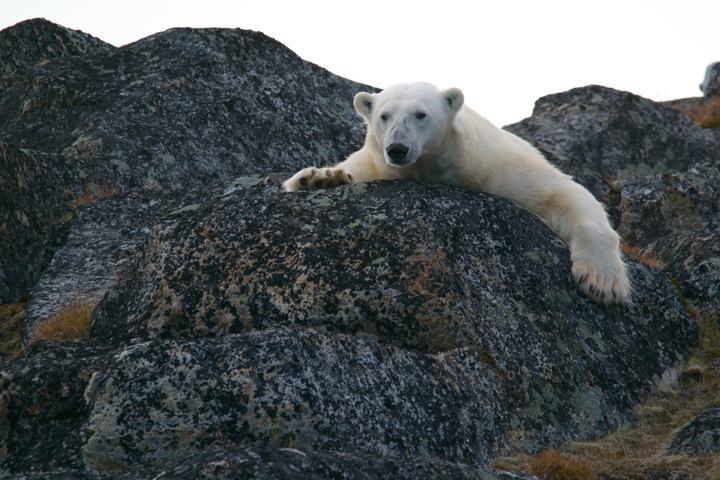 What does Polar Bear eat?

They mostly feed on different types of seals. They also kill walrus for food which is twice the size of it and sometimes they kill white whale also for food.

Polar bear consumes a wide range of food. They will try to eat almost anything which they find in the wild. Sometimes they even eat hazardous substance like plastic, rubber, battery, engine oils, lubricants etc.

If you are in a polar bear country, try to avoid leaving such waste product in the wild.

Polar bears show extremely aggressive, fearless and unpredictable behavior when they are hungry. The polar bear is a predator.

It shows some of the hunting skills like stealth to attack its prey without showing its presence until the attack is underway.

Where do you find a Polar bear?

These bears are most commonly found in the Arctic circle, and some parts of Canada, America(Alaska), Denmark, Norway, and Russia.

What do you do if you see a polar bear?

How to survive a polar bear attack?

Best way to survive a polar bear attack is to avoid such encounters entirely.

In polar bear country try to travel in groups. If the polar bear see you and it moves towards you then it is most likely to attack you.

The polar bear is the biggest land predator and a carnivorous it will see you only as its prey. Be prepared with your bear repellent. If it comes closer less than 1 meter then use your bear defense spray.

If it attacks to try to stay away from its powerful claws and try to strike hard on its eyes and nose. Show your torchlight on its face. Don’t play dead when a polar bear attack.

If you are in a group stay together then hold your arms together and wave it, make loud noise together. Don’t try to split and run.

What to do when you encounter a bear?

How to survive a bear attack

Bear bells are not the best way to avoid surprise encounters with bears. 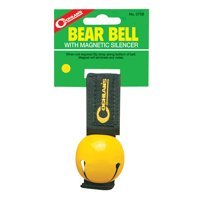 Keep a bear spray with you and keep it somewhere you can quickly access when a surprise encounter with the bear occurs.

If you are buying a bear spray for the first time, try to use it and know how to use it properly.
Check Bear Spray on Amazon

Some advice from the people living in the wilderness

If you encounter a bear even though you're scared you should stand still, more importantly, they say do not run away.

If you run; the bear will think you as a prey and will start chasing you.